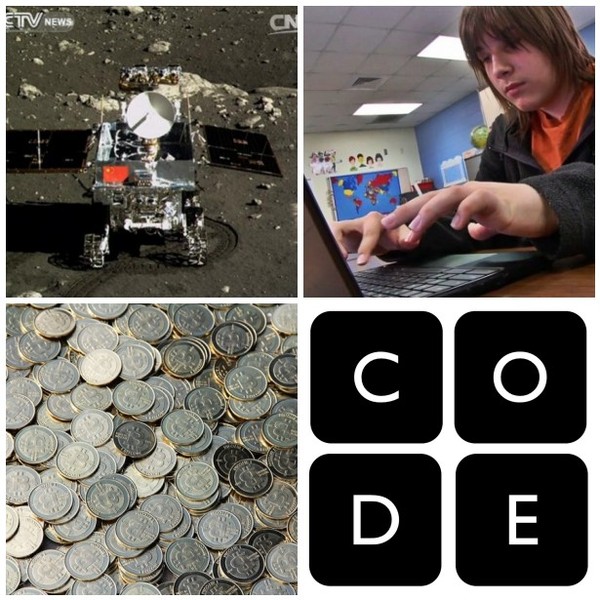 The Tech in 2013 that will matter from here on out.

China Lands on the Moon

Over the weekend, China landed a rover on the Moon.

The mission is called Chang’e 3, and the rover is called Yutu, which means “Jade Rabbit”. It launched on Dec. 1, and orbited the Moon for about a week. On Dec. 14, the lander touched down near the edge of Mare Imbrium, and a few hours later deployed the rover.

As it descended, it took a ton of images, and they have been put together into this very cool video.

In September, the FBI shut down the Silk Road online drug marketplace, and it started seizing bitcoins belonging to the Dread Pirate Roberts — the operator of the illicit online marketplace, who they say is an American man named Ross Ulbricht.

The seizure sparked an ongoing public discussion about the future of Bitcoin, the world’s most popular digital currency, but it had an unforeseen side-effect: It made the FBI the holder of the world’s biggest Bitcoin wallet.

A member of the White House review panel on NSA surveillance said he was “absolutely” surprised when he discovered the agency’s lack of evidence that the bulk collection of telephone call records had thwarted any terrorist attacks.

In a single week, students at schools across the U.S. wrote 500,000,000 lines of code as part of Computer Science Education Week, organizers said.

By contrast, it took Google almost seven years to recruit student developers to write just 50 million lines for its Summer of Code program. Microsoft Windows runs on an estimated 50 million lines of code.

Great article summing up some of Bruce Schneier’s comments about security/privacy liberty/control.