Introduction to The Software Arts 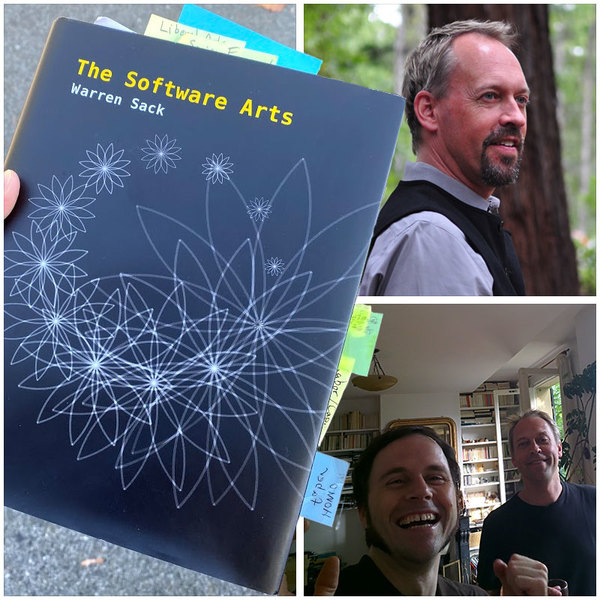 This episode kicks off a limited series of discussions with Warren Sack centered around his book The Software Arts, MIT Press, forward by John Rajchman

The Software Arts offers an alternative history of software that places the liberal arts at the very center of software’s evolution.

Join us in this discussion...

Warren’s book is available from MIT Press – grab a copy and enjoy a multi-episode virtual book club with me and the author. We plan to release an episode for each chapter:

Reading along is not necessary to enjoy this series or episodes. And feel free to give us feedback and ask questions. Please contact us via Twitter: @WarrenSack, @Lyle.

Where are the numbers? - Tracy Chou

What’s not clear is what happens when the graduates go off to industry. Do they stay in technical roles? Do they shift into non-technical roles in tech? Do they leave tech altogether?

a British classicist who spent most of his life in Canada and the United States. He was a professor at the University of Toronto and was active in the Canadian socialist movement during the 1930s. In the 1960s and 1970s, he served as chair of the classics departments at both Harvard and Yale. Although he was trained in the turn-of-the-20th-century Oxbridge tradition of classical studies, which saw Greek intellectual history as an unbroken chain of related ideas, Havelock broke radically with his own teachers and proposed an entirely new model for understanding the classical world, based on a sharp division between literature of the 6th and 5th centuries BC on the one hand, and that of the 4th on the other.

a Canadian philosopher. His work is one of the cornerstones of the study of media theory. Born in Edmonton, Alberta, McLuhan studied at the University of Manitoba and the University of Cambridge. He began his teaching career as a professor of English at several universities in the U.S. and Canada before moving to the University of Toronto in 1946, where he remained for the rest of his life.