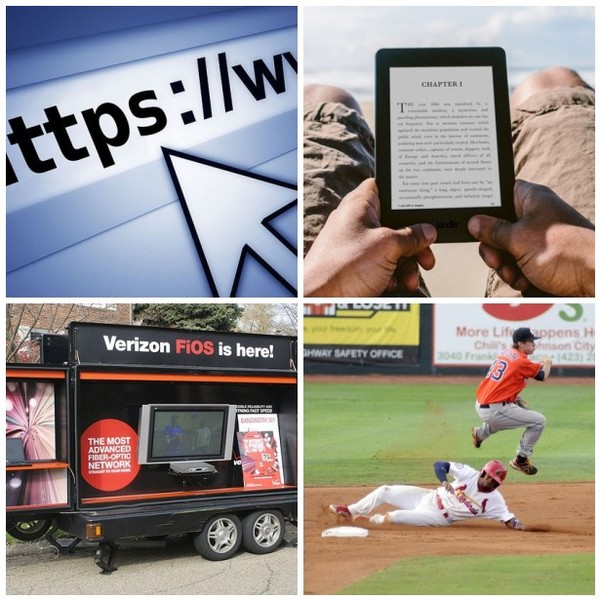 How Amazon will hold revenue until you read the book, NY goes after Verizon, ask a better DNS server, ad blocking, and more geek news of the week,

Authors are normally paid a consistent amount for every e-book you download, no matter how much of a page-turner it is. Amazon might just shake up that model before long, though. As of July 1st, the internet giant will pay Kindle Unlimited and Kindle Owners’ Lending Library authors based on the number of pages you read. In theory, this compensates writers for their hard work on longer titles while encouraging quality material. And no, they can’t pad things out by using a larger font or extra spacing, like you would in a college essay that’s just a page too short. Amazon is using a normalized page count that accounts for how much content is actually there, so the rate should be the same no matter the layout.

Hey there first I want to say I love the show ya’ll do a great job.
Secondly, I was listening to the latest episode in which you mention Amazons change in pay structure and the narrative that seems to get the most play right now is the usual Amazon is Evil and only looking to squeeze the little guy.
Well that may be true but this change is not the evidence you’re looking for. A great many authors are up in arms over the change but that’s because most of them were gaming the system. Before an author got paid a royalty on their work once a borrowed book had been read 10% through. The royalty was the same regardless of length. A lot of people were uploading 10,000 word books and they would hit that 10% mark a lot faster than a full length novel and yeat earn the same amount of money.
This change was in response to authors who were unhappy with the status quo. So they’re doing good here from what I can see. They’re even letting people out of their contracts. Normally once you enter kindle unlimited you’re dedicated to exclusivity with Amazon for 90 days. They’re letting anyone who wants out due to this change get out.

New York City officials today ordered Verizon to complete fiber builds that the company was supposed to finish a year ago. If Verizon doesn’t comply, the city can seek financial damages.
“In a 2008 agreement with New York City, Verizon committed to extend its FiOS network to every household across the five boroughs by June 30, 2014,” said the announcement of an audit released today by the city’s Department of Information Technology and Telecommunications (DoITT).

It hunts down the fastest DNS servers available for your computer to use. namebench runs a fair and thorough benchmark using your web browser history, tcpdump output, or standardized datasets in order to provide an individualized recommendation. namebench is completely free and does not modify your system in any way. This project began as a 20% project at Google.

What are large scale deployments?
When installing the Adblock Plus extension for multiple machines and user accounts, it is time-consuming and tedious to perform a manual installation on each device. Administrators can utilize various tools to automate the installations, eg installer scripts or even configuration management software.

Slicing is the process of creating and delivering variants of the app bundle for different target devices. A variant contains only the executable architecture and resources that are needed for the target device. You continue to develop and upload full versions of your app to iTunes Connect. The App Store will create and deliver different variants based on the devices your app supports. Image resources are sliced according to their resolution and device family. GPU resources are sliced according to device capabilities. When the user installs an app, a variant for the user’s device is downloaded and installed.

Front-office personnel for the St. Louis Cardinals, one of the most successful teams in baseball over the past two decades, are under investigation by the F.B.I. and Justice Department prosecutors, accused of hacking into an internal network of the Houston Astros to steal closely guarded information about players.

Back in November, Mozilla announced co-sponsorship of a certificate authority, Let’s Encrypt . Its mission will be to provide free TLS certificates to any domain name owner, along with tools to take the hassle out of managing and rotating them. The initiative would, in theory, remove two of the biggest obstacles toward deploying HTTPS unilaterially: the expense and difficulty of managing certificates.
But even with a solution like Let’s Encrypt readily available, developers would need a lot of concessions before they would feel comfortable with it.

This movement has also been called anti-democratic: it can make writing for the web more expensive and difficult for individuals.

As well as Mozilla Firefox.

On June 30th a leap second will be added to the Network Time Protocol (NTP) to keep it synchronized with the slowly lengthening solar day.