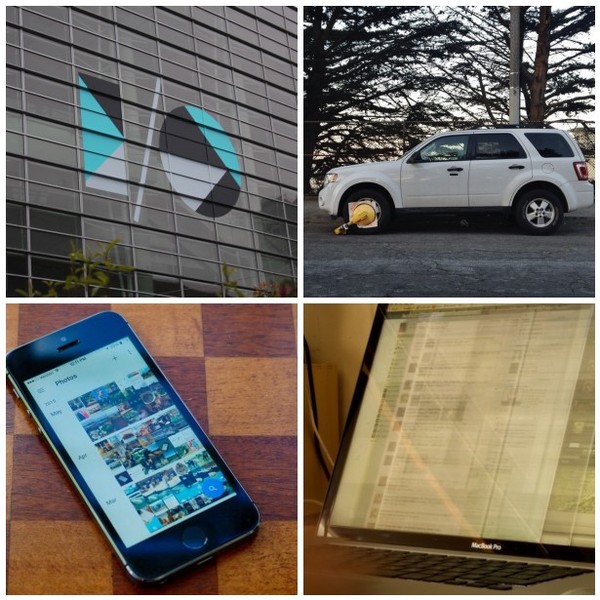 A bit of Google I/O:Google Photos, Facebook PGP, GM says you don’t own your car.

If you’re using Hola, a free virtual private network (VPN) that lets you stream things like Netflix abroad, you need to stop immediately. The company behind Hola is turning your computer into a node on a botnet, and selling your network to anyone who is willing to pay.

Google Photos works across a number of platforms: Android, iOS and on the Web. Like the Google Drive or Google+ apps before it, you can set the Google Photos mobile app up to backup the photos and videos you take on your phone. And like Drive and G+, Google Photos provides free unlimited storage when you opt for the High quality setting, which means full-res photos up to an ample 16-megapixel limit and HD videos up to 1080p. If you are dead set against any sort of compression, then you can choose Original, which saves full-resolution files that will count against your Google storage plan.

Check it out: here!

ATAP has figured out that our bodies generate a certain amount of “bandwidth” at times, Phone Arena says. That energy might be turned into gestures that could be recognized by new devices equipped with a special sensor.
Project Soli tracks movements with a tiny radar to give devices the ability of recognizing human gestures and then trigger corresponding responses, as seen in the video above. Google has already devised a PC-sized radar emitter that’s no bigger than a dime, and it will be available for testing next year."

Ivan Poupyrev and his team demonstrated how the gestural hocus pocus works. Apparently, the radar sensor can even pick up somewhat subtle movements: In one example, the hand motion mimicked turning a tiny, imaginary dial, and in another, tapping fingers together stood in for pushing buttons.

Project Abacus will be used to develop a real-time security system that constantly checks whether the person using a phone is indeed its owner. The software will look use facial recognition, voice detection, and behavioral data (the way a user swipes the screen, moves, runs, types words, etc).
In other words, Project Abacus will know when someone else uses your device, and will restrict access accordingly.

Google’s Project Abacus is attempting to kill the password and replace it with human interaction. The premise is simple: each of us has a unique usage pattern, from the way we hold and move a device to our typing cadence and touch patterns on a keyboard.

Facebook wants us all to talk securely and privately

It’s very important to us that the people who use Facebook feel safe and can trust that their connection to Facebook is secure; for instance this is why we run connections to our site over HTTPS with HSTS and why we provide a Tor onion site for people who want to enjoy security guarantees beyond those offered by HTTPS.
However these technologies protect only the direct connections people make to Facebook. People also receive information from us over channels such as email. Whilst Facebook seeks to secure connections to your email provider with TLS, the stored content of those messages may be accessible as plaintext (with attachments) to anyone who accesses your email provider or email account.
To enhance the privacy of this email content, today we are gradually rolling out an experimental new feature that enables people to add OpenPGP public keys to their profile; these keys can be used to “end-to-end” encrypt notification emails sent from Facebook to your preferred email accounts. People may also choose to share OpenPGP keys from their profile, with or without enabling encrypted notifications.

GM says you don't own you car, just license it

GM is fighting an exemption to the DMCA that would allow people to jialbreak their car’s computers in order to get service from Non-GM service shops.