No Talkative Cheerio Phones in Class: It's The Law! 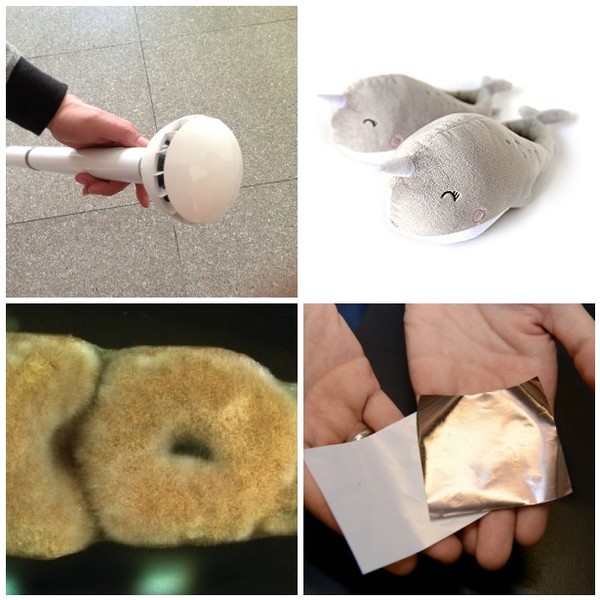 “I’m about to explode” – smart battery.
“I tried internal processes.” – Snowden.
“Are you ok?” – Facebook.
“I love Cheerios.” – Fungi
…and more from the week in Geek News.

While talking about something else, one of the geeks (Miles, maybe?) made reference to Adblock, which some people love, but which interferes with the ad-supported model of the “free (as in free beer)” internet. Do you guys have thoughts about Privacy Badger?

Yes, Jim, we did mention it on Badger Corrects OpenSSL’s Spin with Pyramid Power

Smart battery tells you when it's about to explode

They built a “smart” separator by sandwiching a 50-nanometer thin copper layer (shown above) between two polymer sheets and connecting the copper layer to a third electrode for voltage measurement. When the dendrites reach the separator, the voltage between the anode and the copper layer drops to zero, alerting users that they should change the damaged battery while it is still operating safely—disaster averted.

If you have friends in the area of a natural disaster and the tool has been activated, you will receive a notification about those friends that have marked themselves as safe. Clicking on this notification will take you to the Safety Check bookmark that will show you a list of their updates.

Convincing fungi to trot out their whole gamut of metabolites is a persistent challenge of natural product chemists. These researchers hunt for novel compounds with possible therapeutic value within the chemical soup that the fungi produce. Now, one team has hit upon a curiously effective and consistent way to prod the organisms to start synthesizing: Cheerios inside bags. Scientists grew a soil fungus for four weeks in a bag full of Cheerios and discovered a new compound that can block biofilm formation by an infectious yeast.

The Association of Flight Attendants-CWA argues that the change has caused many passengers to ignore flight attendants’ emergency announcements, and that the new rules violate federal regulations requiring passengers to stow all items during takeoff and landing.

Mr. Snowden said that in 2008 and 2009, he was working in Geneva as a telecommunications information systems officer, handling everything from information technology and computer networks to maintenance of the heating and air-conditioning systems. He began pushing for a promotion, but got into what he termed a “petty e-mail spat” in which he questioned a senior manager’s judgment.

Several months later, Mr. Snowden said, he was writing his annual self-evaluation when he discovered flaws in the software of the C.I.A.’s personnel Web applications that would make them vulnerable to hacking. He warned his supervisor, he said, but his boss advised him to drop the matter and not rock the boat. After a technical team also brushed him off, he said, his boss finally agreed to allow him to test the system to prove that it was flawed.

He did so by adding some code and text “in a nonmalicious manner” to his evaluation document that showed that the vulnerability existed, he said. His immediate supervisor signed off on it and sent it through the system, but a more senior manager — the man Mr. Snowden had challenged earlier — was furious and filed a critical comment in Mr. Snowden’s personnel file, he said.

The City Council of Worcester, Mass., a 180,000-person city in central Massachusetts, is attempting to block Comcast from entering the area, the Telegram & Gazette reports.

THE NARWHAL BACONS AT MIDNIGHT

Narwhal-shaped plush heated slippers. Use as a foot-warmer when attached to USB.
Detach from USB to travel in cozy comfort.

This is a wonderful writeup about OS X 10.10 Yosemite by The Ars Technica

Starting today, you can download the full release of the Android 5.0 SDK, along with updated developer images for Nexus 5, Nexus 7 (2013), ADT-1, and the Android emulator.

Import variables as JSON into Sass

I am using this awesome Sass plugin to allow my Sass files and JavaScript files to share variables. – Lyle