Gnu Teaches Robots to not Google and Drive 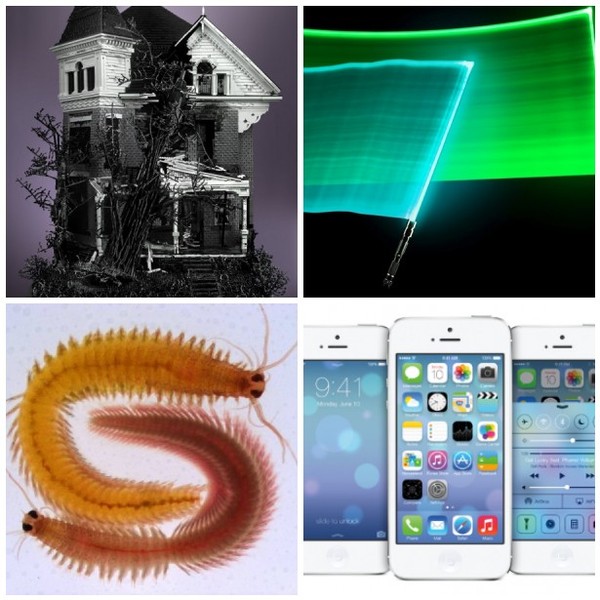 High School teacher and Ben’s father, Roger Jaffe, joins us for this fun episode of GeekSpeek.

The website that Roger Jaffe uses to manage his class.

Roger talked about how he “flips” his class – lectures are homework as videos to watch.

15 years ago Friday, two Stanford students launched their project — a search engine built on new algorithms and with a goal of organizing the quickly growing piles of information appearing on the web.
On the occasion of the 15th birthday, the search giant has done what it has become known for over the years — launched an Easter Egg.

Thirty years ago, Richard Stallman wrote: “Free Unix! Starting this Thanksgiving I am going to write a complete Unix-compatible software system called GNU (for Gnu’s Not Unix), and give it away free to everyone who can use it. Contributions of time, money, programs and equipment are greatly needed.” And thus began the revolution.

This is the state of the art in robots? Sad, simply sad.

State of the art in consumer Robotics.

Markets swung rapidly on the 2 p.m. announcement last Wednesday, with stocks, bonds, and the price of gold all skyrocketing. Somebody placed massive orders for gold futures contracts betting on exactly that outcome within a millisecond or two of 2 p.m. that day — before the seven milliseconds had passed that would allow the transmission of the information from the Fed’s “lock-up” of media organizations who get an early look at the data and the arrival of that information at Chicago’s futures markets (that’s the time it takes the data to travel at the speed of light. A millisecond is a thousandth of a second). CNBC’s Eamon Javers, citing market analysis firm Nanex, estimates that $600 million in assets could have changed hands in that fleeting moment.
There would seem to be three possibilities: 1) Some trader was extraordinarily lucky, placing a massive bet just before a major announcement that would make that bet highly profitable. 2) There was a leak, either by a media organization with early access to the data or even someone at the Fed. Or 3) The laws of physics have been violated as the information traveled from Washington to Chicago faster than the speed of light.
You can see why Option 2 looks the most plausible.

For a wonderful treatment on Stock Market High-Frequency Trading (and many other things), listen to RadioLab’s Speed episode.

The Most Comprehensive Size Comparison of Science-Fictional Spaceships Yet

Nissan is one of the more ambitious automakers in the driver-less car game, and this week took a notable step forward when its Leaf autonomous vehicle.
Nissan has stated the year 2020 is its deadline for bringing multiple AVs to market.

Governor Andrew M. Cuomo today continued the state’s efforts to reduce distracted driving by unveiling special “Texting Zones” along the New York State Thruway and State Highways that will give motorists a pull-off area to park and use their mobile devices. Existing Park-n-Ride facilities, rest stops, and parking areas along the Thruway and Highways will dual-function as Texting Zones, and signage will be placed along the highway to inform drivers where the Zones are located. A total of 298 signs will be located along major highways across the state, notifying motorists to 91 Texting Zone locations.

Why iOS 7 is making some users sick

The introduction of fake zooms, parallax, sliding and other changes in Apple’s new iPhone and iPad software has a very real effect on people with vestibular disorders

Protesters Are Dodging Sudan's Internet Shutdown with a Phone-Powered Crowdmap

Since Wednesday afternoon, Sudan’s internet has been sporadically shut off amid a fifth day of protests. Despite the attempt to cut off communications and limit organization and reporting on the ground, a group of tech-savvy people based in Khartoum have developed a map for recording key data about the protests that’s powered by cell networks.

Almost all organisms, from bacteria to mammals, have a circadian clock—a mechanism in their cells which keeps them in sync with Earth’s day-and-night cycle. But many organisms follow other rhythms as well: the tides, the months, or the seasons. Although researchers have documented these behaviors, no one has been sure whether these nondaily cycles use the same components as the circadian clock, or if they have their own clocks.

Two papers published today present the first evidence for clocks independent of the circadian one: a sea louse whose swimming patterns sync up with the tides, and a marine worm that matures and spawns in concert with the phases of the moon. The discoveries, by groups working independently, suggest that noncircadian clocks might be common and could explain a variety of biological rhythms.

A Collision in Saturn's Rings

Our solar system is a big place. Big enough that it’s overwhelmingly empty of stuff. You can travel for billions of kilometers and your chances of smacking into something bigger than a dust particle are very close to zero.

But given enough time, and enough stuff, eventually collisions do happen. It helps if you have a big target, too. A really, really big target. Like, say, Saturn’s rings.

Open Project sends the entire app from the source device to the receiving screen. It uses a QR code to pair the devices, and then allows the controlling device to define the size and placement of the projection.
Once the app appears on the destination screen, the app is able to receive commands from the receiving touch device as though the it is running locally instead of on the source device.

Fairbanks International Airport told a local newspaper that in the past three weeks two motorists had driven along the taxiway and across one of its runways.

Apple’s app had directed users along the taxiway but did not specifically tell them to drive onto the runway.

The firm has now issued a temporary fix.

French watchdog group ,CNIL, said “On the last day of the three-month time period given to Google, Inc., the company contested the reasoning followed by the CNIL, and notably the applicability of the French data protection law to the services used by residents in France,” the agency wrote on its Web site.

Declara’s software flags people who seem to excel at certain tasks in a company or group and assists the group with knowledge discovery.

Working with colleagues at the Harvard-MIT Center for Ultracold Atoms, a group led by Harvard Professor of Physics Mikhail Lukin and MIT Professor of Physics Vladan Vuletic have managed to coax photons into binding together to form molecules – a state of matter that, until recently, had been purely theoretical.