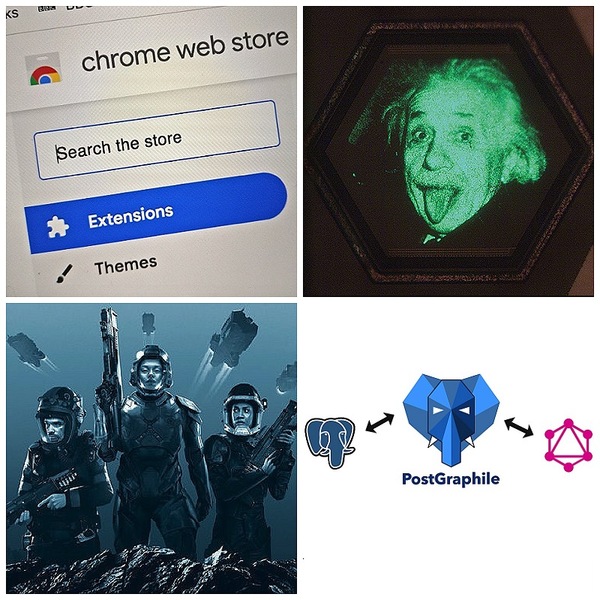 MicroLEDs, Google Chrome Extensions are more private, macOS is locking things down, Expanse and other shows we are watching, and a post show covering wonderfully geeky PostGraphile.

MicroLED Displays Could Show Up in Products as Soon as 2020

The driving force behind microLED displays remains a combination of brightness and efficiency that LCD and OLED technology can’t come close to. One demo of a smartwatch-size display by Silicon Valley–based Glo shines at 4,000 nits (candelas per square meter) while consuming less than 1 watt. An equivalent LCD display would burn out in seconds trying to meet half that brightness.

Google to Minimize the Data Collected by Chrome Extensions

Google is giving Chrome extension makers until Oct. 15 to minimize the amount of data they collect during browser sessions or face expulsion the Chrome Web Store.

macOS Lockdown and merging with iOS

Expanse fans, no need to worry—Amazon orders season 5 of its new sci-fi show

May 2018 initially looked like an anxious month for fans of television’s best sci-fi show in years, The Expanse. The ambitious SyFy series based on James SA Corey’s beloved novels had just the right mix of visual gusto, gripping action, geopolitical drama, and addictively tense pacing to keep us glued for its three seasons. (We learned Belter! We podcasted!) But then, unexpectedly, SyFy did what SyFy does—it canceled the show ahead of its S3 finale.

We’ve got our first peek at S4 of The Expanse and an airdate: December 13

Amazon Prime has released the first teaser for the upcoming fourth season of the beloved science fiction series, The Expanse.

Louisiana declares state of emergency in response to ransomware attack

Is the Phone Dead