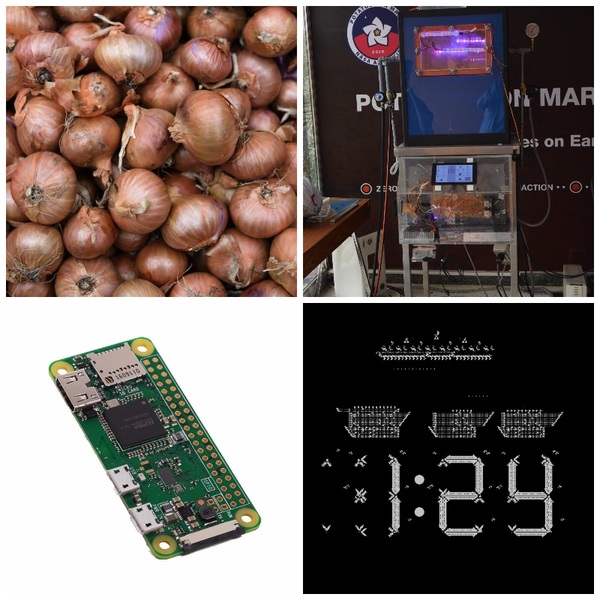 Does the senator’s argument make any sense? Let’s look at the facts.

Anyway, there is actually nothing extraordinary in this design. There are no amazing reactions that have been discovered in this process, and no really clever combinations that nobody thought of before. Just bits taken here and there and put together (and I’m not even sure I did it the “right” way – I was actually completely new to this). It required a lot of patience, however. Making all those gliders coming up at the right time in the right position was head-scratching.

The International Potato Center (CIP) launched a series of experiments to discover if potatoes can grow under Mars atmospheric conditions and thereby prove they are also able to grow in extreme climates on Earth.

Not only does Google, the world’s preeminent index of information, tell its users that caramelizing onions takes “about 5 minutes”—it pulls that information from an article whose entire point was to tell people exactly the opposite.

FireFox 52 is the last version of FireFox which will support Windows XP and Vista, from this point on a user who wants to snag the latest versions with the newest features of Firefox will have to use Windows 7 and above for support. Firefox will, however, keep this version updated with security fixes for an extended period of time.

The case against changing the clocks keeps getting stronger.

What the CIA WikiLeaks dump tells us: Encryption works

If the tech industry is drawing one lesson from the latest WikiLeaks disclosures, it’s that data-scrambling encryption works, and the industry should use more of it.

The Raspberry Pi Foundation launched the $5 Pi Zero in late 2015, and it sold out immediately. Every time new batches of stock arrived, they were snapped up in minutes of going on sale.

Still tinier and cheaper than the flagship, the Raspberry Pi Zero goes wireless.

Question and Feedback from Listener about WebASM

> I’m not a big web programmer, so I haven’t heard anything about WebASM yet.

To be honest, I don’t know how much folks outside the web programming community will hear about it. It’s not particularly visible in daily browsing. I think the biggest impacts will be in online games and taking existing libraries to port to the web, e.g., image and video codecs, numerics, and other performance-critical sundries. I think also, it will be a quick and dirty way of getting already-written code ported over quickly, not just for speed.

> Sounds interesting, though. Was the prohibition against DOM and canvas access
> an intentional limitation, or just not specced yet?

It was considered out of scope for initial release. There’s a lot of history with the DOM and a very wide security footprint to lock down. I’ve heard that taking away the limits on access by wasm is on the roadmap, but no firm timetables.

There’s also a question of utility. Once you hit DOM methods, especially writing (triggering layouts), any speed gains you have over straight JavaScript are greatly diminished. Then there’s the issue of the single-threaded, event-driven nature of the web UI. This was the target environment for JavaScript but doesn’t map as cleanly and easily to C source code, for example.