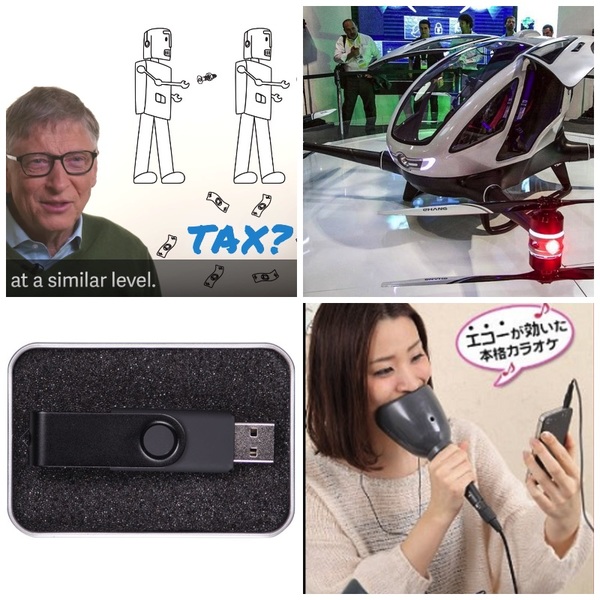 Smell something? There’s an app for that too. Lyle, Al, and Miles discuss “AudioShopping,” the front lines of global cybersecurity, the effects of ubiquitous automation on our society, and more in this episode.

Adobe Voco - Should We Be Afraid?

Adobe is working on a new piece of software that would act like a Photoshop for audio, according to Adobe developer Zeyu Jin, who spoke at the Adobe MAX conference in San Diego, California today. The software is codenamed Project VoCo, and it’ s not clear at this time when it will materialize as a commercial product. The standout feature, however, is the ability to add words not originally found in the audio file.

Men Who Sent Swat Team, Heroin to My Home Sentenced

It’s been a remarkable week for cyber justice. On Thursday, a Ukrainian man who hatched a plan in 2013 to send heroin to my home and then call the cops when the drugs arrived was sentenced to 41 months in prison for unrelated cybercrime charges. Separately, a 19-year-old American who admitted to being part of a hacker group that sent a heavily-armed police force to my home in 2013 was sentenced to three years probation.

Bill Gates: the robot that takes your job should pay taxes - YouTube

Published on Feb 16, 2017
In an interview with Quartz editor-in-chief Kevin Delaney, Bill Gates explains why robots that take jobs away from people shouldn’t get a free pass when it comes to income tax. Read more from our interview with Gates here: https://qz.com/911968/

Do you Smell? There's an App for that.

Who Needs Deodorant When You Have a Japanese Armpit Fan?

Why buying used cars could put your safety at risk

Charles Henderson sold his car several years ago, but he still knows exactly where it is, and can control it from his phone.

Hi geeks,
First of all great show, waiting for it every week to then annoy my roommates with it and tell them about some stuff.
I wanted to throw in a topic request. Twitter changed its algorithms to favor Humans, verified accounts etc. they don’t put those at first places that answered first (often bots) but those that matter. Like a NYT reporter for example
Unfortunately I did not find an English article right away it was only written in the German newspaper “FAZ”, our version of the NYT.
Here is the German one, maybe the new translate AI can help ;).
Just go to twitter and watch the first responses shown to trump now. They are always anti, left or questioning and not, like previously often, sounding like worshipments.
Again thanks for the show and keep it up.
Cheers, Pascal
P.S. put a “don’t listen to while driving” tag on your cast. My girlfriend and I almost crashed because we laughed so hard about you trying to figure out if it’s duck or duct tape :stuck_out_tongue_winking_eye:

Congressman calls for probe into Trump's use of Android phone

In a letter to the House Oversight Committee, a Democrat from Los Angeles worries hackers could hijack Trump’s “prized Twitter account” through the personal phone he reportedly chooses to use.

You to Lock Away Your Phone

Plus a new, stealthy “anonymous” stick, because that’s what the world really needed.

This MegaDrone Will Be a Self-Flying Air Taxi in Dubai This Summer.

Electric buses are now cheaper than diesel/CNG and could dominate the market within 10 years, says Proterra CEO

Transit vehicles today are mostly powered by gasoline, diesel, and CNG, while batteries only represent about 1% of the market. It is currently a small part of the industry, but it’s also the fastest growing fuel source in the sector and it’s starting to become highly competitive.

What could happen if you refuse to unlock your phone at the US border?

DHS says agents are in the right to ask for passwords, decryption help.