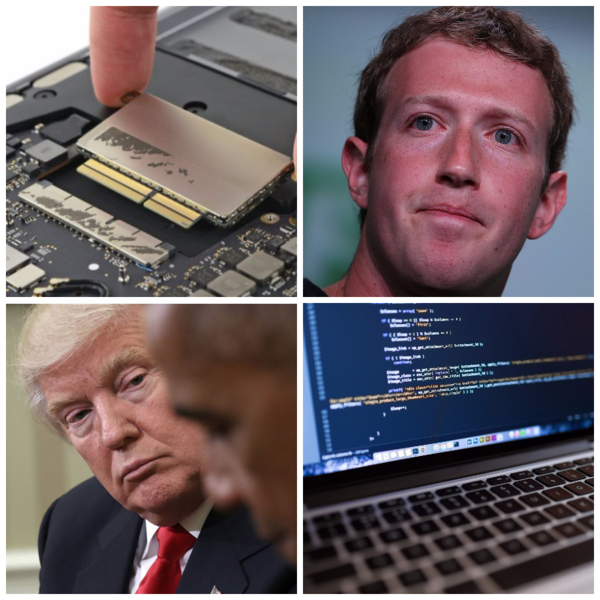 We speak a lot about Facebook’s impact on society in this election cycle and beyond, issues with Spotify and your hard drive, the ethical responsibility of software engineers, and we even try doing the whole episode on Facebook Live.

We actually did this show twice, and the video has it all. So, if you would like to see/hear the un-edited version – enjoy!

However, IMDb’s suit claims that the law “does not advance, much less achieve” the goal of reducing age discrimination, and that it violates both the first amendments and commerce clause of the US constitution. IMDb also claims it separately violates federal law “because it imposes liability on IMDb based on factual content that is lawfully posted by its users”.
The website criticises[sic] the state of California for passing the law, saying it has “chosen to chill free speech and undermine public access to factual information”.

Film database website was told in September that actors could demand to have their ages removed in an attempt to combat age discrimination in the industry.

The Bechdel test (/ˈbɛkdəl/ bek-dəl) asks whether a work of fiction features at least two women who talk to each other about something other than a man. The requirement that the two women must be named is sometimes added.

Some fans expressed excitement at the reveal, but many more announced their displeasure. The primary question on people’s lips: Again, why is a white woman playing the protagonist in an adaptation of a Japanese series?

A lot of questions are emerging about Facebook’s role in this year’s election cycle, especially given the proliferation of sensationalistic and even outright fake news stories, and CEO Mark Zuckerberg has responded.

Of all the content on Facebook, more than 99% of what people see is authentic. Only a very small amount is fake news and hoaxes. The hoaxes that do exist are not limited to one partisan view, or even to politics. Overall, this makes it extremely unlikely hoaxes changed the outcome of this election in one direction or the other.

It’s a fitting end to a strange week. When many Facebook users logged on to their accounts on Friday afternoon, they discovered the social network had declared them to be deceased.

Facebook, in an embarrassing climbdown, has reinstated posts containing the photograph of Kim Phuc—the naked girl captured in the iconic “napalm girl” photograph.

In early September 2016, Aftenposten, the Norwegian conservative daily newspaper, shared on its Facebook account one of the most iconic images from the Vietnam War – Nick Ut’s photograph of a naked, screaming child running away from napalm bombs. Facebook censored the post. First, Facebook sent Aftenposten an email saying that, because of the nudity, it violated Facebook’s policies and requested it be either pixelated or taken down. Second, without any correspondence with Aftenposten, Facebook took the picture down. Third, when the journalist responsible for posting the image tried to dispute Facebook’s action, he was banned from posting for twenty-four hours. Aftenposten’s editor-in-chief, Espen Egil Hansen, was angry and unsettled by Facebook’s intervention. He wrote an open letter to Facebook founder Mark Zuckerberg. The issue exploded into the media all over the world and is still sizzling weeks later.

Search engine technology has evolved rapidly over the past few years, but it’s far from perfect. One week after the US presidential election, the top Google result for “final election numbers” is a WordPress blog called 70News that’s packed with inaccurate information.

Going forward, we have decided to make the following changes to our advertising products. We will:
Build tools to detect and automatically disable the use of ethnic affinity marketing for certain types of ads: We will disable the use of ethnic affinity marketing for ads that we identify as offering housing, employment, or credit. There are many non-discriminatory uses of our ethnic affinity solution in these areas, but we have decided that we can best guard against discrimination by suspending these types of ads. We will continue to explore ways that our ethnic affinity solution can be used to promote inclusion of underrepresented communities, and we will continue to work with stakeholders toward that goal.
Offer more clarification and education: We will update our Advertising Policies to be even more explicit and require advertisers to affirm that they will not engage in discriminatory advertising on Facebook, and we will offer new educational materials to help advertisers understand their obligations with respect to housing, employment and credit.

Google Pixel Gets Hacked in Less than One Minute, Apple's Safari in 20 Seconds

the Chinese team eventually got home with no less than $520,000 in cash prizes after demonstrating additional vulnerabilities in Microsoft Edge on Windows 10 and another exploit on Adobe Flash.
On a side note, iOS fans shouldn’t be laughing at all, as reputable Chinese hackers Pangu Team and JH managed to hack Apple’s Safari browser in just 20 seconds, thus earning no less than $80,000 in prizes.

ASLR (address space layout randomization) is widely used as a defense against attempts by hackers to exploit software vulnerabilities to take control of computers.

The code I’m still ashamed of

If you write code for a living, there’s a chance that at some point in your career, someone will ask you to code something a little deceitful – if not outright unethical.

For almost five months—possibly longer—the Spotify music streaming app has been assaulting users’ storage devices with enough data to potentially take years off their expected lifespans. Reports of tens or in some cases hundreds of gigabytes being written in an hour aren’t uncommon, and occasionally the recorded amounts are measured in terabytes. The overload happens even when Spotify is idle and isn’t storing any songs locally.

AdultFriendFinder has been hacked, revealing the account details of more than 400 million people who would undoubtedly prefer to keep their identities private on the “world’s largest sex and swinger community” site.