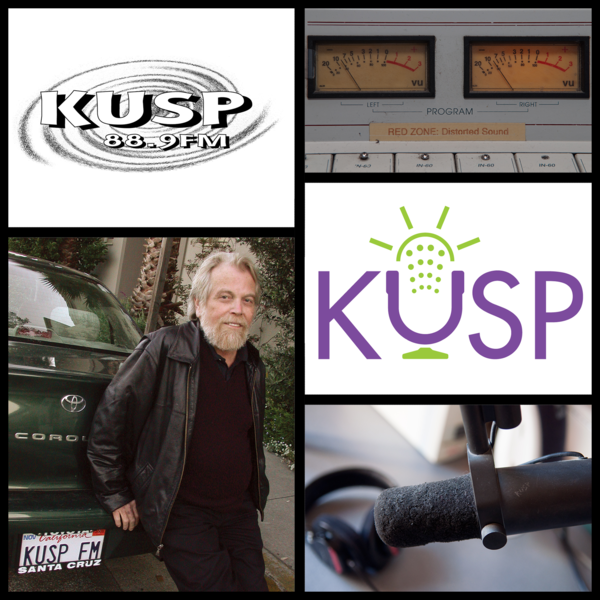 This prompted me to record the experience of hearing KUSP go off air.

This is a non-standard short episode of GeekSpeak.

That entirely appropriate penultimate tune was My Morning Jacket off last year’s release The Waterfall. “Only Memories Remain.” And the station’s chief engineer Brant Herrett offering a feelingful sign-off.

2) I claimed that FM carriers were to modulate 1 MHz. This is silly. I mean 100Khz of spectrum that the carrier signal, the main frequency, is modulated with. That 100KHz includes the mono audio + stereo audio info + plus sub-bands that hold things like RDS.

Check out this great FM Tutorial PDF which explains all of this much more completely.

3) I claimed that my radio was picking up another station up or down the dial from KUSP. In listening to my recording I realized that my radio would not do that and that it was simply picking up an 88.9 frequency that was further away, probably coming from San Jose. My home was on the edge of KUSP’s broadcast range.