How Many Burritos to Automate a VCR? 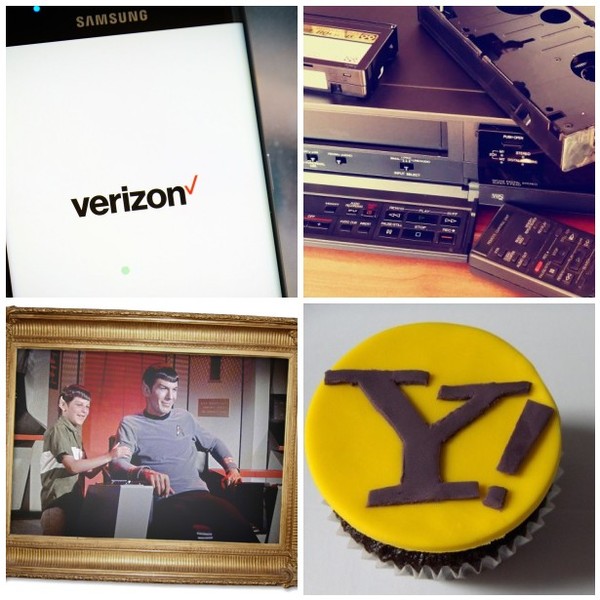 The past 18 months have brought a see change in the automotive industry’s attitude toward cybersecurity. What was generally considered a non-issue as recently as early 2014 has suddenly become one of the most important issues to deal with and most of the industry is now collaborating to keep black hat hackers at bay. The latest evidence of this newfound concern is the publication of the first set of cybersecurity best practices by the Automotive Information Sharing and Analysis Center (Auto-ISAC).

The last VCR will be produced this month

Japan’s Funai Electronics, which makes its own electronics, in addition to supplying companies like Sanyo, will produce the last batch of VCR units by July 30

The company cites difficulty in obtaining the necessary parts as one of the reasons for halting production.

Star Trek: For the Love of Spock

Last year, just before Thanksgiving, I approached my dad, Leonard Nimoy, about the possibility of working together on a film about Mr. Spock. I had skimmed through some of the books on the making of Star Trek and felt there was so much more to explore about the creation and development of Mr. Spock. And the timing seemed right, as the 50th anniversary of Star Trek the original series was not that far away. Dad agreed that now was the right time, and that he was 100% committed to collaborating with me on this project. He also reminded me that we were (then) just days away from the 50th anniversary of the start of production on “The Cage,” the original pilot for Star Trek in which dad first appeared as Mr. Spock.

Flirtey partnered with 7-Eleven, in honor of the convenience store’s 89th birthday, completing two drone deliveries from a 7-Eleven in Reno, Nevada to a nearby home. The Flirtey drone autonomously delivered Slurpees, a chicken sandwich, donuts, hot coffee and candy to the home of the family who placed the order.

The geeks discuss some cool tech gadgets they got

Yahoo snapped up by Verizon in $4.8 billion deal

Verizon has confirmed earlier reports that it will buy ailing Internet pioneer Yahoo in an all-cash deal with a price tag of nearly £3.7 billion ($4.8 billion).

The sale doesn’t include Yahoo’s shares in Alibaba, Verizon said. Yahoo’s Japan shares, its non-core patents, and minority investments are also set to be cut loose from the planned takeover.

Verizon Wireless will soon begin forcing grandfathered unlimited data customers to switch over to a tiered plan if they use over 100GB in a single month. And if those customers are unwilling to move to a newer plan by August 31st, they’ll be disconnected from the network completely.

Evidence suggests that a Russian intelligence group was the source of the most recent Wikileaks intel dump, which was aimed to influence the U.S. election.

Google is tackling this problem the way it seems to be tackling every problem lately: with machine learning. Google has taught its army of computers to detect the speech bubbles in comic books, allowing you to zoom in on them with just a tap. The bubbles lift off the page and get bigger without affecting the underlying image. This lets you see the entire page while still reading the text. Google calls the feature “Bubble Zoom.”

You can do anything at