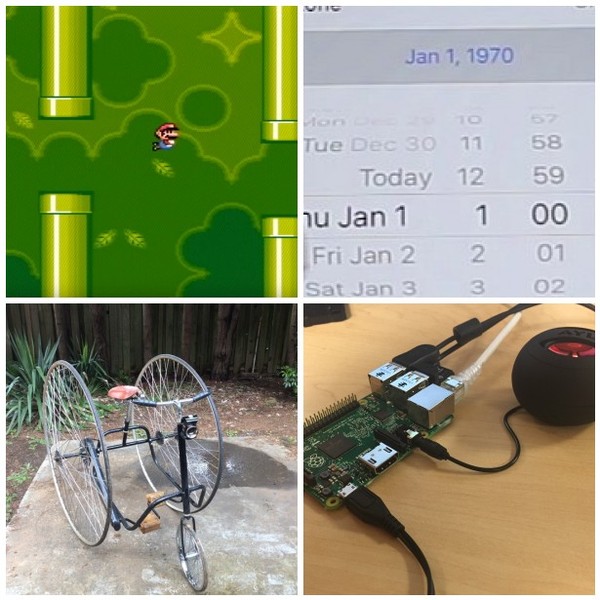 Reprogramming SNES games on the fly, Modelling bike sketches, and Feeding the Trolls. These and many other stories on this week’s episode of GeekSpeak.

This document is intended to be used as notes for completing the SNES code injection exploit. It doesn’t contain a full technical description of the exploit.

Meanwhile, in the technical world, experts have been going through the legislation and pointing out glaring holes in the draft bill. Bruce Schneier, the guy who literally wrote the books on modern cryptography, noted that the bill would make most of what the NSA does illegal, unless No Such Agency is willing to backdoor its own encrypted communications.

“This is the most braindead piece of legislation I’ve ever seen,” Schneier – who has just been appointed a Fellow of the Kennedy School of Government at Harvard – told The Reg. “The person who wrote this either has no idea how technology works or just doesn’t care.”

I decided my job was going to be presenting the potential and the beauty inside these sketches. I selected those that I found most interesting and genuine and diverse, then rendered them as if they were real. I became the executor of these two minute projects by people who were mainly non-designers and confirmed my suspicion: everyone, regardless his age and job, can come up with extraordinary, wild, new and at times brilliant inventions. Should We Feed the Trolls?

In an essay last week, the writer Stephen Marche set out to explore a Reddit-hosted community that has a reputation for being one of the most misogynistic swamps on the Internet. Marche’s puzzling conclusion was that the participants in this group are pathetic and afraid, their fear fueled in part by a desire for cultural clarity, not by mere hatred of women. He dismissed them, implying they weren’t threatening in any substantial way, and, in the end, suggested they read more classic literature. All this, it seemed, stemmed from Marche’s central (and misguided) question: “Are we our real selves on the internet, or are we not?”

Nest Reminds Customers That Ownership Isn't What It Used to Be

Nest Labs, a home automation company acquired by Google in 2014, will disable some of its customers’ home automation control devices in May. This move is causing quite a stir among people who purchased the $300 Revolv Hub devices—customers who reasonably expected that the promised “lifetime” of updates would enable the hardware they paid for to actually work, only to discover the manufacturer can turn their device into a useless brick when it so chooses.

iOS 1970 Bug Can Be Exploited via WiFi Networks

The iOS 1970 bug that can brick your devices is back and with a twist, with two security researchers now saying they were able to craft an automated exploit that can leverage the same issue via network connections, without needing access to a user’s phone.

According to technical reports by the Royal Canadian Mounted Police that were filed in court, law enforcement intercepted and decrypted roughly one million PIN-to-PIN BlackBerry messages in connection with the probe. The report doesn’t disclose exactly where the key — effectively a piece of code that could break the encryption on virtually any BlackBerry message sent from one device to another — came from. But, as one police officer put it, it was a key that could unlock millions of doors.

Amazon Alexa on a Raspberry Pi

This project demonstrates how to access and test the Alexa Voice Service using a Java client (running on a Raspberry Pi), and a Node.js server. You will be using the Node.js server to get a Login with Amazon authorization code by visiting a website using your computer’s (Raspberry Pi in this case) web browser.