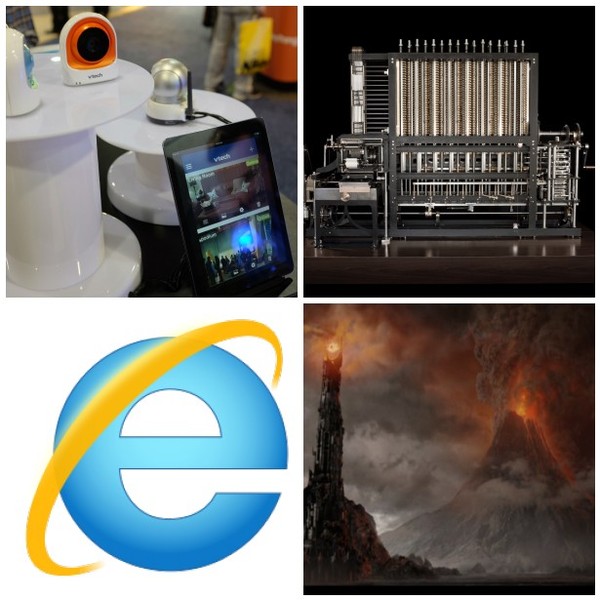 The Computer History Museum has a full-scale Babbage Engine, SSL/TLS Sha-1 suite is discontinued and we Geek Out on SSL/TLS Certificates and The Force.

Charles Babbage (1791-1871), computer pioneer, designed the first automatic computing engines. He invented computers but failed to build them. The first complete Babbage Engine was completed in London in 2002, 153 years after it was designed. Difference Engine No. 2, built faithfully to the original drawings, consists of 8,000 parts, weighs five tons, and measures 11 feet long.

Last year, an anonymous hacker broke into the systems of VTech, a company that makes internet-connected toys, tablets and baby monitors. The hacker was able to access the personal data of more than 6 million kids, as well as more than 4 million parents, including tens of thousand of pictures taken with the company’s Kid Connect app, which encourages children and parents to take selfies and chat online.

Less than two months later, VTech is now launching a whole suite of new internet-connected devices designed to monitor your house—and the company is promising that this time, it won’t leave the personal data of its customers exposed to hackers.

Ever since its 1977 cinematic debut, the Force has been strong in popular culture. People with only passing exposure to the Star Wars saga probably have at least a general notion of how the story’s mystical energy works: light sides and dark sides, wizard-like abilities over objects and minds, laser-beam swords. But who is the Force strongest with? And how has the balance between light and dark shifted throughout the series?

A bug in Nvidia’s GPU drivers. GPU memory is not erased before giving it to an application. This allows the contents of one application to leak into another. When the Chrome incognito window was closed, it’s framebuffer was added to the pool of free GPU memory, but it was not erased. When Diablo requested a framebuffer of it’s own, Nvidia offered up the one previously used by Chrome. Since it wasn’t erased, it still contained the previous contents. Since Diablo doesn’t clear the buffer itself (as it should), the old incognito window was put on the screen again.

Facebook made its Android app crash to test your loyalty

In an effort to see just how far it could go to get Android users to abandon its platform, Facebook reportedly sabotaged its mobile app in years past with errors that would cause it to crash for hours. The Information reports that Facebook wanted to test users’ loyalty despite issues. Where the tests took place and how many users were affected is unclear, but one thing is: people were actually willing to sit through the errors.

Internet Explorer 8, 9 and 10 die on Tuesday

Internet Explorer has long been the bane of many Web developers’ existence, but here’s some news to brighten your day: Internet Explorer 8, 9 and 10 are reaching ‘end of life’ on Tuesday, meaning they’re no longer supported by Microsoft.