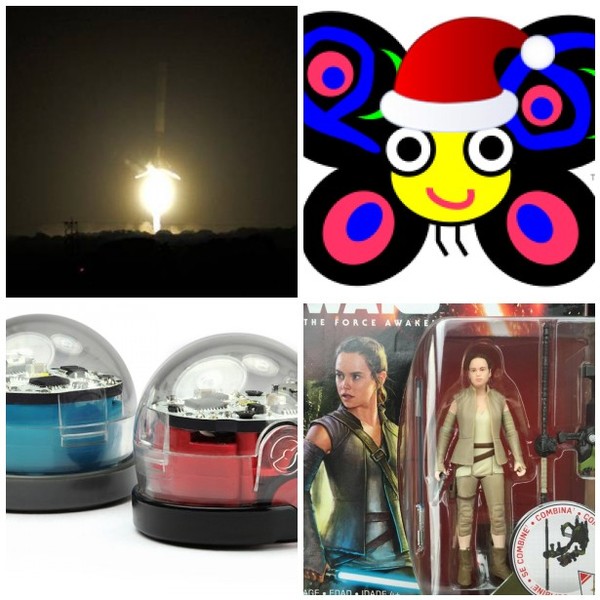 SpaceX’s Falcon 9 rocket successfully landed upright on solid ground at Cape Canaveral, Florida this evening, after traveling into space and back. It’s the first time SpaceX has been able to gently touch down the Falcon 9 post-launch — something the company has been trying to do for the past year. It’s a big first step toward reusable rockets.

SpaceX’s reusable rockets will make space cheaper — but how much? :

SpaceX has promoted reusability as a major cost-saver for the private spaceflight industry. Right now, rockets are treated as trash once they’ve taken off, so companies must spend millions of dollars on manufacturing brand new rockets for every single flight. It costs $60 million to make the Falcon 9, and $200,000 to fuel it, according to SpaceX CEO Elon Musk. Reusing rockets could substantially lower these costs, he says; theoretically, a rocket would only need to be refueled to launch multiple times again.

This is the Christmas release of Rakudo Perl 6. This version of the compiler targets the v6.c “Christmas” specification of the Perl 6 language. The Perl 6 community has been working toward this release over the last 15 years. Together, we’ve built a language that:

Two of the companies being investigated are giants Verizon and AT&T, along with CenturyLink and Frontier.
At issue is how the four service providers handle so-called “special access” deals, through wich Internet providers sell dedicated connections to organizations that need to send or receive large quantities of data.
Special access connections could be used by an ATM communicating with a bank’s central system, for example, or to connect a cell tower to a larger network.

Marjorie and Arnie Carvalho run Star Wars Action News, a podcast about Star Wars collectibles. Earlier this week, SW Action News staffer Justin Kozisek purchased an action figure of “Rey” in an Iowa Walmart. The figure, which hasn’t been seen elsewhere, was presumably put on the shelves by accident ahead of its official release date. An image of the figure was posted on the SW Action News Facebook page—and promptly subjected to a wave of DMCA takedown demands by Lucasfilm. Many of those who had spread the image on social media were also subject to copyright claims.

We added a good 20min to the end of this episode to chat about the film. We give you warning, so it’s safe as long as you stop listening when we tell you.