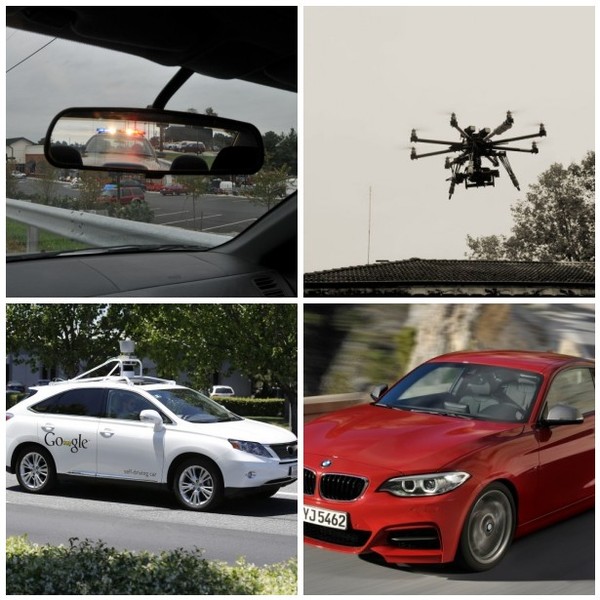 Self-driving cars are too polite, police tech isn’t polite enough, lunar burial, a Tesla breaks its tester again, and much more in the Week in Geek.

Weeks after Ars published a feature on the scope of license plate reader use, the Oakland Police Department unilaterally and quietly decided to impose a data retention limit of six months.
Prior to April 2015, there had been no formal limit, which meant that the police were keeping data going as far back as December 2010.

According to Sgt. Dave Burke, who is in charge of the city’s LPR system, this change was not in response to Ars’ article, but rather was made primarily because the LPR computer—a Windows XP computer with an 80GB hard drive—was full and apparently “kept crashing.”

Today, a few hundred Bay Area Facebook users will open their Messenger apps to discover M, a new virtual assistant. Facebook will prompt them to test it with examples of what M can do: Make restaurant reservations. Find a birthday gift for your spouse. Suggest—and then book—weekend getaways.

Boeing has successfully shot a drone out of the sky using a high-powered laser during a test, the company says.

While a human driver can easily see a rider doing a track stand isn’t going anywhere, Google’s self-driving car seems to be still be figuring that out.
bq. The odd thing is,” wrote the cyclist, “I felt safer dealing with a self-driving car than a human-operated one.”

Self Driving Cars and Law Enforcement

If a police officer can command a self-driving car to pull over for his own safety and that of others on the road, can he do the same if he suspects the passenger of a crime? And what if the passenger doesn’t want the car to stop—can she override the command, or does the police officer have ultimate control?

You Can Now Be "Buried" On the Moon

The Tesla Model S is so good it broke Consumer Reports’ ratings barrier. On a scale that is supposed to top out at 100, the Model S P85D garnered a score of 103. Consumer Reports recalculated its score reporting so this Model S wound up with a reported score of 100. The P85D is the all-wheel-version with motors both front and rear.

On Friday, Tesla struck a deal with mining companies Bacanora Minerals Ltd and Rare Earth Minerals Plc. to purchase lithium compounds from a proposed mining site in northern Mexico.
The mine is not functional yet—the deal requires the mining companies to raise funding to construct a mine as well as processing facilities over the next two years. But as the supply contract published by Bacanora (PDF) states, the companies project that once the mine is up and running, it will be able to supply 35,000 tons of lithium compounds (namely, lithium hydroxide and lithium carbonate) per year at first, eventually expanding to 50,000 tons per year.