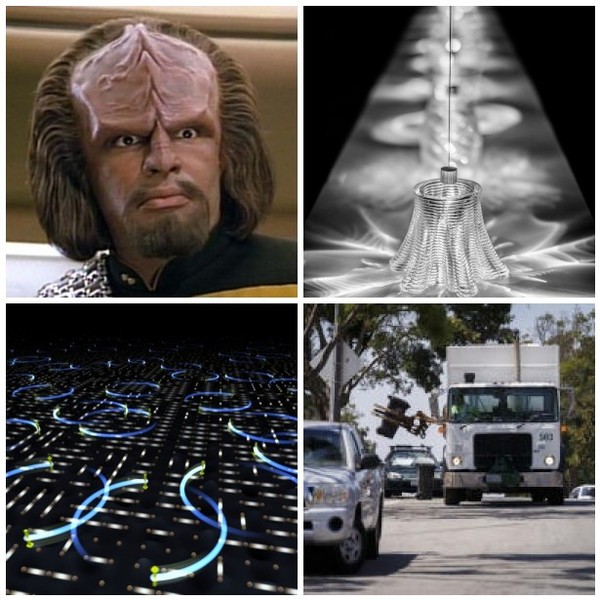 Glass as 3D printing medium, can speaking Klingon get you a job, Android lock patterns are not a unique snowflake, a discussion about diversity in tech and what you white guys can do to help, and more Geek News of the Week.

According to Abi Solomon, Zooz’s marketing director and manager of the employee recruitment campaign, anyone who can understand Klingon is good material to crack the complicated programming code Zooz uses in its online platform to help merchants process credit card payments.

The Tic-Tac-Toe-style patterns, it turns out, frequently adhere to their own sets of predictable rules and often possess only a fraction of the complexity they’re capable of. The research is in its infancy since Android lock Patterns (ALPs) are so new and the number of collected real-world-patterns is comparatively miniscule. Still, the predictability suggests the patterns could one day be subject to the same sorts of intensive attacks that regularly visit passwords.

We covered another sorting algorithm site on the November 26, 2011 show: Tracking Loans, License Plates, and Heat

Women in tech - not a pipeline problem

When researcher Kieran Snyder interviewed 716 women who left tech after an average tenure of 7 years, almost all of them said they liked the work itself, but cited discriminatory environments as their main reason for leaving. In NSF-funded research, Nadya Fouad surveyed 5,300 women who had earned engineering degrees (of all types) over the last 50 years, and only 38% of them are still working as engineers. Fouad summarized her findings on why they leave with “It’s the climate, stupid!”

Over the last year Apple has seen an increase in diversity amongst their newly hired employees.
“Apple has released updated diversity numbers that provide a breakdown of the company’s workforce based on gender, race and ethnicity in 2015. The new data reveals that Apple hired over 11,000 women globally over the past year, a 65% increase over the previous year, in addition to 2,200 Black employees, a 50% year-over-year increase, and 2,700 Hispanic employees, a 66% increase over the previous year.”

New record temperature for a superconductor

Now, taking advantage of the fact that we do understand what’s going on in superconducting metals, a German research team has reached a new record critical temperature: 203K, or -70°C, a temperature that is sometimes seen in polar regions. The material they used, however, isn’t a metal that appears on the periodic table. In fact, they’re not even positive they know what the material is, just that it forms from hydrogen sulfide at extreme pressures.

Sergeant Dean Ackemann joined us about fighting internet fraud and he mentioned off-handily that the police vehicles in San Jose auto Indexing locations of cars using their license plates.

Mayor Sam Liccardo and Councilmen Johnny Khamis and Raul Peralez proposed that the city consider strapping license plate readers to the front of garbage trucks, allowing them to record the plates of every car along their routes. The data would be fed directly to the Police Department from the privately operated trash trucks, prompting an officer to respond to stolen vehicles or cars involved with serious crime.

The first release of this episode’s audio, during an engaging discussion of women in tech went silent. (my editing mistake). I have fixed and uploaded the file, and, if you want to go back and hear all of what we said you can grab the updated mp3 and move to about 35min in and listen from there. Sorry about that – Lyle