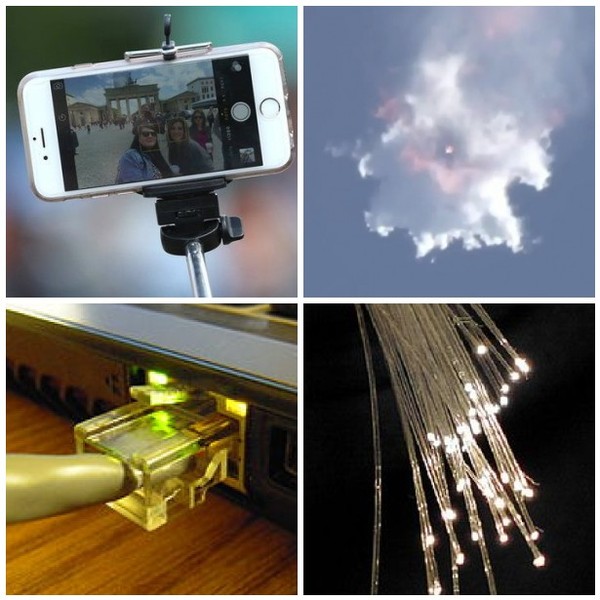 Santa Cruz City is getting fiber; learn a bit about how a City can get fiber from our special guest Chris Neklason. Also, Supreme Court rejects Java API Copyright appeal, improvements in fiber distance, ISPs suck in the US, SpaceX has it’s first major problem, selfie sticks are banned by the mouse, and hobby drone interferes with firefighting.

In a major breakthrough that can make the internet superfast and cheap, researchers have successfully increased the maximum power — and therefore distance — at which optical signals can be sent through optical fibres.
The advance has the potential to make the internet superfast by increasing data transmission rates for the fibre optic cables — which serve as the backbone of the internet, cable, wireless and landline networks.

The pro-net neutrality coalition Battle for the Net launched the test in May, and it has already produced an unprecedented amount of data: 2.5 million data points generated by more than 300,000 Internet users. This data trove gives researchers and the public valuable insight into whether broadband providers are complying with net neutrality rules.
Researchers from Measurement Lab analyzed this rich dataset and announced their initial findings last week. What they found should raise eyebrows: customers of AT&T, CenturyLink, Comcast, Time Warner Cable, and Verizon — the nation’s five largest ISPs — experienced significantly degraded Internet performance during the first half of 2015. In effect, millions of Americans aren’t getting the broadband service they paid for.

Cruzio Internet and the City of Santa Cruz have formed a public-private partnership to develop a city-wide Gigabit fiber to the premise network.
The goal of the network is to provide affordable Gigabit Internet to as many of the 22,000 residences and business in the City of Santa Cruz as possible. A locally-owned, next-generation broadband network operated openly and independently.

Federal Communications Commission member Michael O’Rielly yesterday argued that “Internet access is not a necessity or human right” and called this one of the most important “principles for regulators to consider as it relates to the Internet and our broadband economy.”

O’Rielly’s other governing principles are that “the Internet cannot be stopped,” that we should “understand how the Internet economy works” and “follow the law; don’t make it up,” and that “the benefits of regulation must outweigh the burdens.”

A SpaceX Falcon 9 rocket carrying supplies to the International Space Station exploded about 2 minutes and 20 seconds after launch Sunday morning. No people were onboard; it was an uncrewed resupply mission. The cause is not yet known.

The U.S. Forest Service is blaming a hobby drone for grounding a fleet of planes delivering fire retardant to a blaze near Big Bear Lake on June 24th.