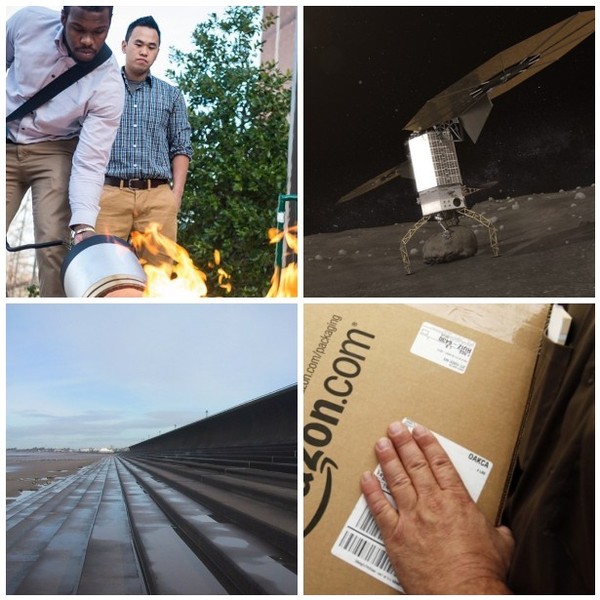 Passport numbers, dates of birth, and other personal information of the heads of state attending a G-20 summit in Brisbane, Australia, were inadvertently emailed to one of the organizers of January’s Asian Cup football tournament, according to The Guardian. The U.K. newspaper obtained the information as a result of an Australia Freedom of Information request.
Aside from President Obama, leaders whose data were released include Russian President Vladimir Putin, German Chancellor Angela Merkel, Chinese President Xi Jinping and British Prime Minister David Cameron.
The sender forgot to check the auto-fill function in the email “To” field in Microsoft Outlook before hitting send, the BBC reports.

Imagine if all you needed to put out fire was a subwoofer. It’s an idea that has been toyed with, theoretically, over the years — DARPA demonstrated an acoustic extinguisher in 2012, following prior experiments from other researchers. Now, for the first time, a handheld extinguisher exists that uses not foam, powder or water, but the waves produced by a low-frequency sound.

According to a contract obtained by the Verge, Amazon workers that signed it pledged not to “engage in or support the development, manufacture, marketing, or sale of any product or service that competes or is intended to compete with any product or service sold, offered, or otherwise provided by Amazon (or intended to be sold, offered, or otherwise provided by Amazon in the future) that employee worked on or supported, or about which employee obtained or received confidential information”.

Giving the moon a moon

NASA’s associate administrator Robert Lightfoot said the Asteroid Redirect Mission (ARM) will rendezvous with the target asteroid, land a robotic spacecraft on the surface, grab a 4 meter or so sized boulder and begin a six-year journey to redirect the boulder into orbit around the moon for exploration by astronauts.

Japanese authorities have unveiled plans to build a giant 250-mile long sea barrier to protect its coastline from devastating tsunamis.
According to the proposals, the £4.6bn ($6.8bn) barrier would reach 12.5m high in some places – stretching taller than a four storey building.

a small independent research group has figured out how to give humans night vision, allowing them to see over 50 meters in the dark for a short time.
Science for the Masses, a group of biohackers based a couple hours north of Los Angeles in Tehachapi, California, theorized they could enhance healthy eyesight enough that it would induce night vision. To do this, the group used a kind of chlorophyll analog called Chlorin e6 (or Ce6), which is found in some deep-sea fish and is used as an occasional method to treat night blindness.

In order to do what’s best for our users and the web, and not just Google Chrome, we will focus our web efforts on compiling Dart to JavaScript. We have decided not to integrate the Dart VM into Chrome. Our new web strategy puts us on a path to deliver the features our users need to be more productive building web apps with Dart. It also simplifies the testing and deployment scenarios for our developers, because they can focus on a single way to build, test, and deploy their Dart apps for the web.

A Florida businessman accused of falsifying his death overseas was located and then arrested by federal authorities after facial recognition software returned a match to his face in passport records. Jose Salvador Lantigua now faces one federal count of providing a false statement on a passport application.

On March 11, the Customs and Border Protection (CBP) quietly rolled out a new facial recognition pilot program to help custom officers catch “imposters,” or people using a passport that isn’t theirs, an agency spokesperson confirmed to Motherboard on Wednesday.

Have you backed up your data recently? Every day people, businesses, even games lose huge amounts of valuable data because they fail to follow this one basic procedure. World Backup Day is set aside as a reminder to back up your files, even if it’s once a year!