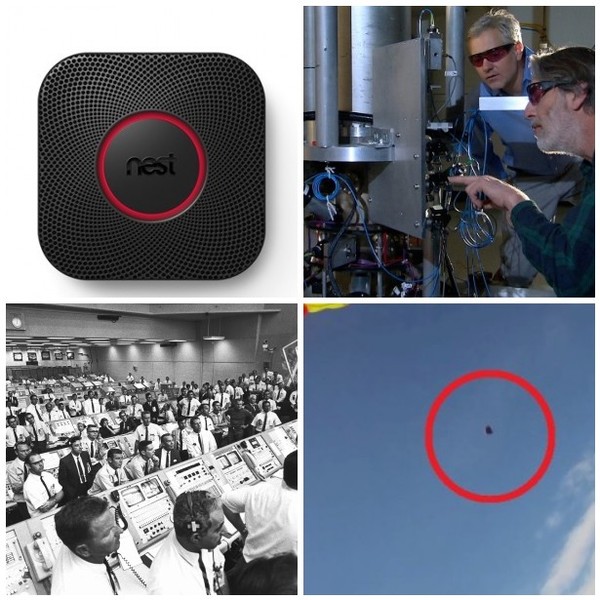 NASA will release a master list of software projects

This NASA software catalog being released next week will list more than 1,000 projects, and it will show you how to actually obtain the code you want. The idea to help hackers and entrepreneurs push these ideas in new directions — and help them dream up new ideas.

Did a Skydiver Almost Get Hit By a Meteorite?

A couple of days ago, a video taken by a skydiver hit the ‘net like an asteroid impact. That’s because that’s exactly what the claim was: Footage of a meteoroid zipping past the falling diver, a rock from space clearly caught on camera.

Microsoft has released the source code for early versions of MS-DOS and Word for Windows to the public through the Computer History Museum. The goal is to help future generations of technologists better understand the roots of personal computing.

“The Apache Subversion project has begun migrating its source code from the ASF Subversion repo to git.”

Why Do Zebras Have Stripes?

For years, scientists have debated the evolutionary reason behind a zebra’s stripes. Are they: a. Costumes for courtship? b: Camouflage to confuse lions and other predators? c: A natural way to cool off? d: Bug repellent?

If you answered “d,” you’d win the prize, at least in the eyes of Tim Caro, a biologist at the University of California at Davis. He and his colleagues report in Nature Communications that the geographic range of zebras and other horsey species with stripes overlap nicely with the range of bloodsucking flies.

The high-tech home monitoring device company Nest Labs is disabling a feature on its smoke alarms due to the risk that owners could unintentionally turn off the device with the wave of a hand.

Car-to-car and car-to-infrastructure technology will be a major factor in future autonomous driving systems, and several manufacturers have undertaken tests to get a handle on the technology. The latest to trial such systems is Honda, which is set to begin public road trials in Utsunomiya City, in the Tochigi Prefecture of Japan. Honda is one of several companies participating a trial known as Universal Traffic Management Systems, which will eventually provide feedback on car-to-car and infrastructure systems before they go into practical use.

Some tech savvy Tesla Model S owners have located a 4 pin connector on the left side of the dashboard that turns out to be a disguised ethernet networking port. Read this article instead of exploring it yourself and voiding your warranty.

If you watched 60 Minutes on Sunday night—perhaps wondering whether the show would target the Tesla Model S electric car—you may have been relieved.

The segment, “Fast Cars and Rocket Ships,” was nothing less than a laudatory paean to the vision and accomplishments of Tesla Motors CEO Elon Musk.

But you may also have noticed something odd.

The show used what appeared to be stock footage of the Tesla Model S cruising through scenic byways and along highways, with audio of what sounded suspiciously like engine noises—including one clearly audible downshift.

A new atomic clock, so accurate it will lose or gain only one second every 300 million years, was unveiled Thursday by the National Institute of Standards and Technology, a branch of the U.S. Department of Commerce.